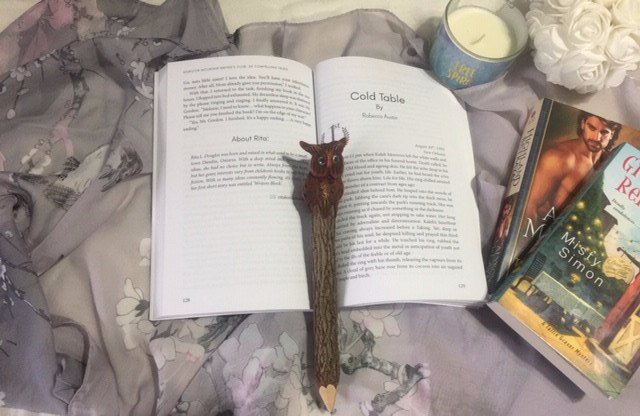 Authors Circle Q and A -1

Last week we posted the first part of our Q and A on cultivating your writing path. Here we go with part two.

Our Q and A comes from feedback we’ve received, social media, and authors from our authors’ circle. The questions are also answered by authors at different stages in writing careers.

2. In what ways have you treated your writing as a business?

I’m a slacker when it comes to a set writing schedule. I do set dates however when a particular project needs to be completed. I continue to build my platform regularly. I file taxes and track my progress and goals.  —Robecca Austin

Writing under a pen name is one that I am attempting, and working to create a brand from there.  —Lee Penbrooke

3. What are your thoughts on earning an income from your writing?

I think that is the idea, sell short stories as magazine articles and sell books. Would be a nice perk.  — Christine Colorado  Author of cozy mysteries and a member of the Hamilton Mountain Writers Guild.

It would be nice. However, it is not a priority. Writing right now is just a hobby. —Lee Penbrooke Canadian writer of fiction and non-fiction. Author of the Butterfly Lullaby.

For most writers it’s a slow go – we are well aware. You definitely have to be in it for the long haul, the right reasons, and creative love – dah. My brow raises when the people making money from an author’s works tell us authors ‘keep your day job, you’ll never make a living.’

Working our way to the top or the middle is a given when entering any workforce.

That said, right up there with having a strong back bone for criticism is being realistic. There is nothing wrong with day jobs – I have one. —Robecca Austin

When wanting to get published the traditional way and by one of the Big Six is the goal, the horizon does not cease to paint a grim scene. I have soon come to realize that even though Canada is a place where an artist, a writer can grow, the reality is still somewhat worrisome in terms of making an actual living.

Deborah Dundas, Books Editor at the ‘Toronto Star’, wrote an article titled ‘Can You Afford To Be A Writer?’ in 2014 and I believe her insights and findings still apply today, four years later. She explains very clearly the ins and outs of the hardships in a writer’s life when entering in dealings and negotiations with the publishing world. She also talks about the fact that in order to sustain their art and also manage to pay the bills, writers, are in need to perform as writers in different capacities as well. The bottom line is that, “supplementing income has become more and more important for writers,” [i]she says. And no matter how much effort and work it means to write and have a book ready to publish -which in average can take up to five years to complete-, “Still, most writers are not likely to break $10,000 a year from their writing.”

Most would have the temptation to say that if you write, you better do it for the love of writing, for the passion you have for it and not for the money. In a sense I agree. Yes, writers are crazy enough to keep on writing for the love of doing it, but there is always that small hope, of recognition, of getting paid and of being able to live off it one day. Geroge Orwell said it beautifully when he stated what he thought the first motive for writing was, for writers, in his 1946, literary essay ‘Why I write’. He says,

Putting aside the need to earn a living, I think there are four great motives for writing, at any rate for writing prose. They exist in different degrees in every writer, and in any one writer the proportions will vary from time to time, according to the atmosphere in which he is living. They are:

(i) Sheer egoism. Desire to seem clever, to be talked about, to be remembered after death, to get your own back on the grown-ups who snubbed you in childhood, etc., etc. It is humbug to pretend this is not a motive, and a strong one. Writers share this characteristic with scientists, artists, politicians, lawyers, soldiers, successful businessmen — in short, with the whole top crust of humanity. The great mass of human beings are not acutely selfish. After the age of about thirty they almost abandon the sense of being individuals at all — and live chiefly for others, or are simply smothered under drudgery. But there is also the minority of gifted, wilful people who are determined to live their own lives to the end, and writers belong in this class. Serious writers, I should say, are on the whole more vain and self-centered than journalists, though less interested in money.[ii]

I believe it to be true, what Orwell exposes of all of us writers, of having a little bit of that sheer egoism propelling our work. If money comes, it is welcome with open arms, and until it does we should be prepared to look into other possibilities that can help us continue working in our ever desperate passion of writing until one day we find our break.  That is what it takes to be a Writer today.